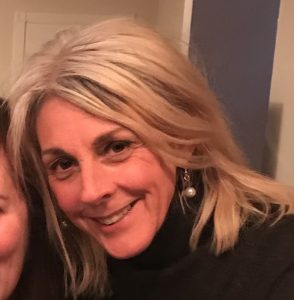 Join Today and Become Part of Something Bigger

On behalf of the Board of Directors of the Maryland Association of Osteopathic Physicians, I would like to welcome you to MAOP, your osteopathic home. We are a member driven organization committed to the successes and accomplishments of our membership. We provide outstanding and unmatched medical education geared to reach all levels of practice and training. At our Annual Meeting, we offer tracks dedicated to each of our member groups: physicians, residents and students. We provide advocacy for our member physicians and their patients as well as ongoing practice management support.

Over the past several years, our Association has experienced unprecedented growth, resulting in all time high of number of members. We have experienced this growth through a grass roots effort aimed at younger physicians.

We invite you to partner with us to face the challenges of practicing medicine in today’s environment. Being a Maryland physician is easier when MAOP is your partner.  We know that as members you look for the “ideal association” to meet your needs. We hope that MAOP will be that association for you. We strive to meet your needs and always welcome your suggestions to make us better. Please feel free to email, telephone or mail your comments and concerns to me and I will be happy to address them and work with you.

We look forward to your stay.

To promote the science and art of Osteopathic Medicine through a coordinated effort of professional education, professional advocacy, member services and public awareness campaigns in order to ensure the availability of quality osteopathic health care to the people of the State of Maryland.

The Maryland Association of Osteopathic Physicians is a non-profit organization representing osteopathic physicians (DOs) in the state of Maryland.

A History of Osteopathic Medicine in Maryland

1966 • American Medical Association declares that DO’s are physicians. The Maryland Medical practice act is amended to include DO’s as Physicians and Surgeons with a full medical license.

1979 • Lawrence Silverberg, DO creates the Maryland Association of Osteopathic Physicians (MAOP) and holds it’s first meeting- three of the eight DO’s in Maryland are in attendance.

1992 • MAOP begins efforts to increase membership and works with the AOA to become a divisional society.

1993 • MAOP Articles of Incorporation are accepted and approved. MAOP is officially founded as a non-profit organization in Maryland.

2002 • Persistent efforts by MAOP pay off when Governor Parris Glendening appoints Ruth Robinson, DO to the BPQA. This was the first time in history that the Maryland licensing board has seated a DO.

2003 • The BPQA is restructured and renamed the Maryland Board of Physicians (MBOP). MAOP lobbies for and receives a designated seat on the MBOP. Ruth Robinson, DO is appointed to this designated DO seat. In addition, MAOP forms a joint membership initiative with the Maryland State Medical Society (MedChi)